Today Leisel got to spend most of the day up with Truitt. This does her Mama heart so much good, but is also a lot of time on her feet, while she is still supposed to be in the rest and recuperate stage. She is feeling quite accomplished, though. She changed Truitt’s diaper through the port holes in his isolette all by herself! This is harder to do than it sounds, especially with his feet being so tender still. 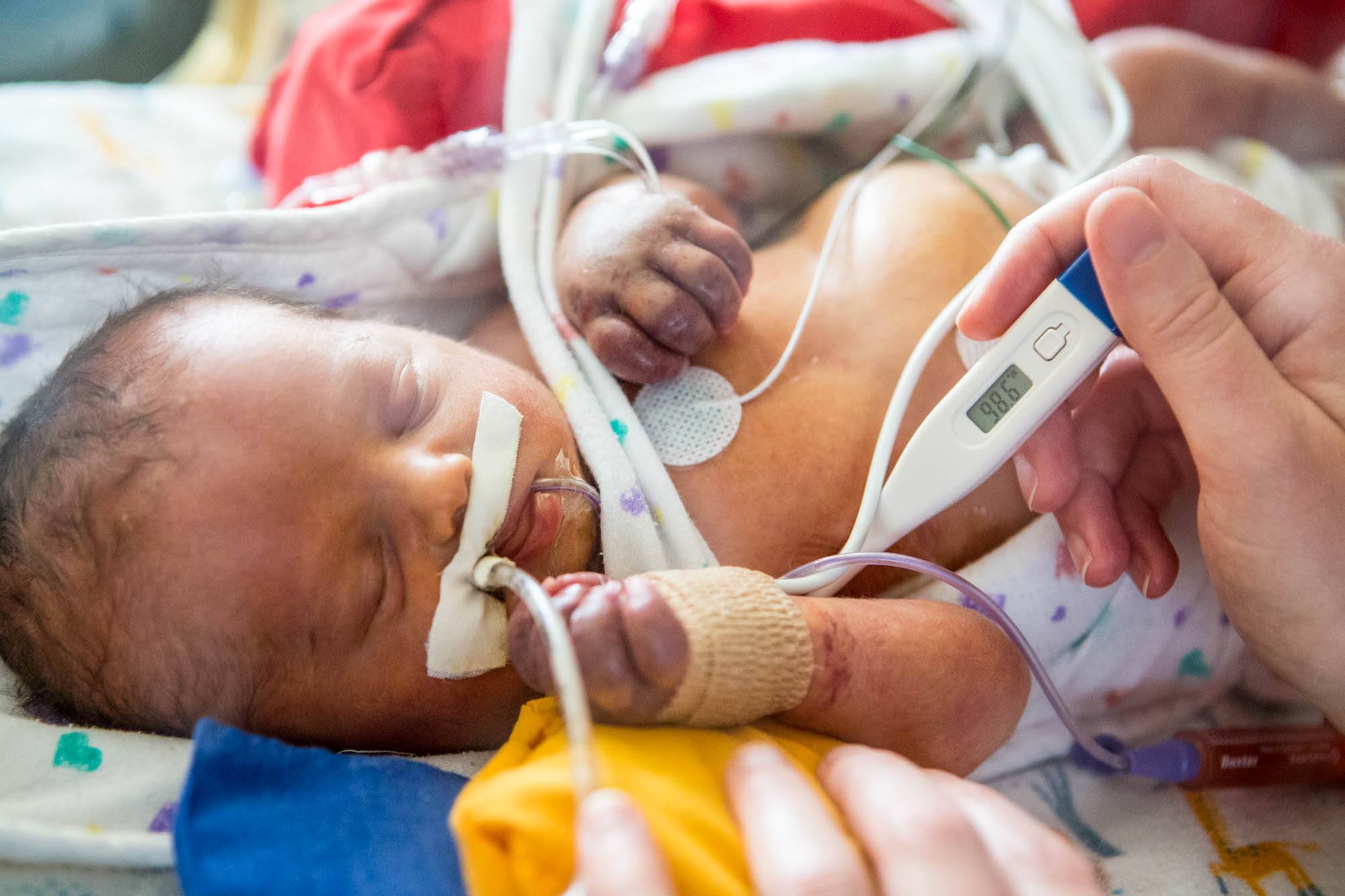 Truitt’s hands and feet are continuing to gain color, and we can now see the outline of his heel as the swelling slowly but surely continues to go down. He is getting much more wiggly and responsive, even though still fairly sedated, which shows he starting to feel better. He is tolerating the lower numbers on the ventilator so far, and they will continue to wean him off of this as he can tolerate it. Right now, the ventilator is the only thing standing in the way of Leisel getting to hold him, or be able to be skin to skin with him, so we are anxious to get it out of the way! The weaning of it going slow, but we are grateful for any progress we make! 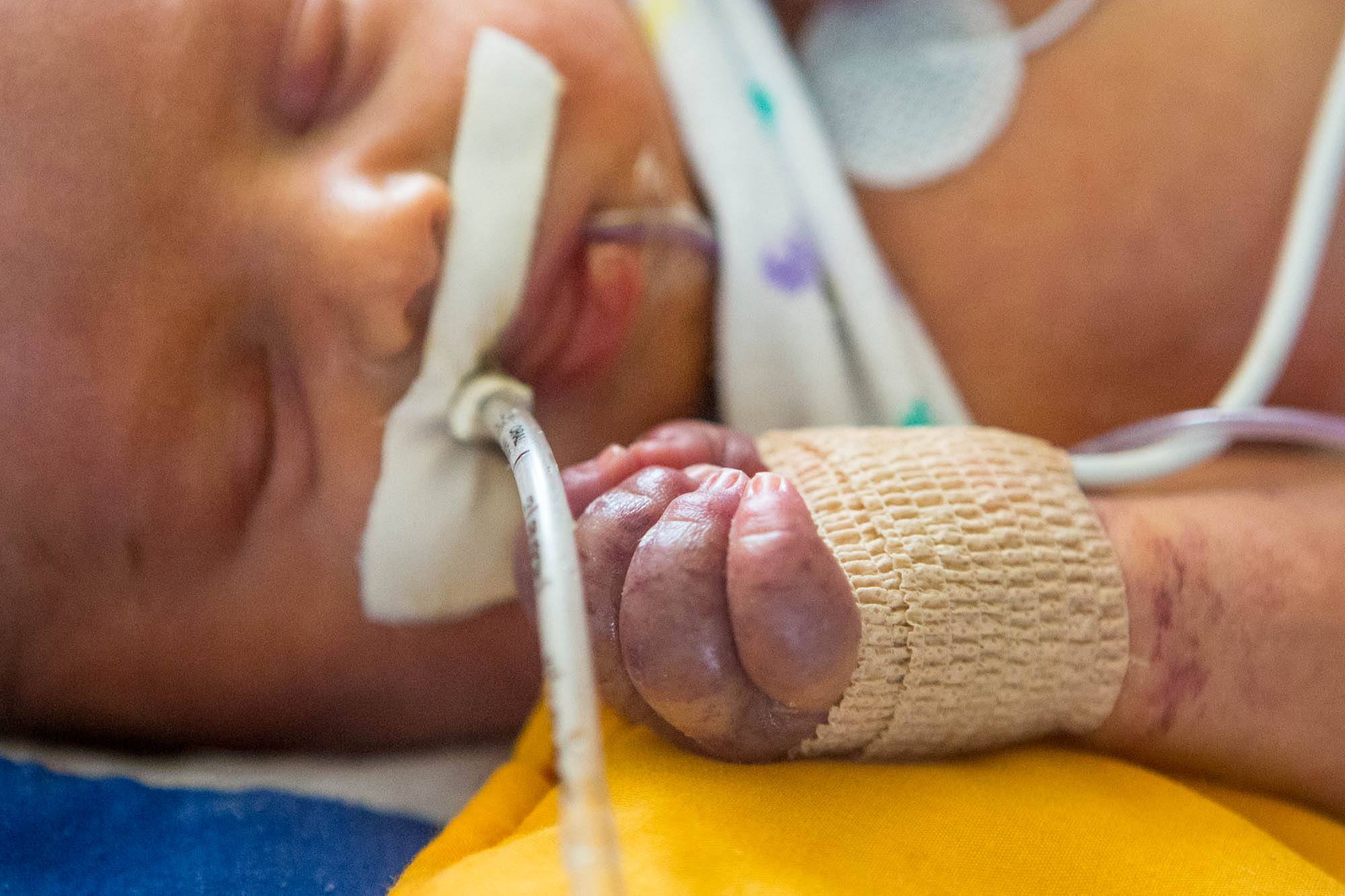 The poor little guy has to be pricked multiple times a day to check his ‘blood gases’. He has been labeled a ‘hard stick’ as it takes them awhile, and sometimes multiple sticks to get enough blood. (Those mommy genes! Remember, he was born naturally because it took so long to get the IV in!) This of course agitates him, which can cause the gases to come back low, and low gases mean we have to leave or turn the ventilator back up.

We are still waiting for the results of the cranial ultrasound, but it looks like his ductus arteriosis (the extra blood vessel used in the womb that should close after birth) has closed. The Doctor is concerned with some of the bilirubin counts in his liver panel. This can be common in premature babies, but she ordered another ultrasound of his liver just to make sure there is nothing more serious going on. She is also starting him on a gentle medication that will hopefully clear this up easily.