Truitt continues to grow and is doing very well. He is very healthy, but still has problems with swelling in his hands and feet. He was seen by several specialists in Oklahoma, but his physicians here encouraged us to go out of state to somewhere that specialized in vascular malformations. A couple weeks ago, we began contacting a few medical facilities around the country that have offer care in this specialized field.

This past week, we took Truitt to the Mayo Clinic in Rochester, Minnesota. He saw multiple physicians in different disciplines, in including dermatology, vascular malformations, interventional radiology, just to name a few. We received a lot of information, and are still trying to process it all, but we now have a little better idea of where we stand.

The official diagnosis is Generalized Lymphatic and Vascular malformations. This diagnosis has a very broad spectrum, and Truitt likely falls into the middle area of the spectrum. These malformations usually come with tissue over growth as well, which he likely has some of in the tops of his feet. They believe he has too many veins in his extremities and not enough lymphatic vessels. This is usually caused by a genetic mutation. The excess veins cause plasma to ‘leak’ out of the capillaries, and the lacking lymph system is not enough to pick it up and carry it back to the heart to get processed back to the kidneys and eliminated. There is no cure or quick-fix for this condition. The swelling is categorized as Lymphedema and can be managed with massage and compression. The veins do not seem to be causing him any discomfort, but if they do as he gets older, there are some possible things they can do to shrink some of the veins that are large enough then to fit a needle into. When he gets a little older, we will have an MRI done to see if there are malformations in other areas that we can’t see at the moment or any boney involvement that may require closer monitoring or an aggressive medication (that also carries risks). For now, the risks of the sedation for the MRI are not worth what it might show us while he is still so little and things are difficult to see anyway.

We received more instruction on how to perform the lymphatic massage and have a better understanding of how the lymphatic system works. Our bodies are truly fearfully and wonderfully made! He was also fitted for some compression stockings that will hopefully help discourage the fluid from accumulating as well as keep it from being pushed down into his toes.

There is also still a possibility we will take him to be evaluated at one or two other clinics in the next couple months. Two other facilities have already been in contact with us, but we are waiting for them to evaluate the latest information from the Mayo Clinic in order to determine if there is any additional diagnosis or information they would be able to provide at this time.

As much as we would like a diagnosis with a simple treatment, if we were to go back to the week of July 20th, and we had been told that Truitt’s life would be saved but he would have long term complications in his hands and feet, we would have taken that deal in a heartbeat. Even with this condition, Truitt’s case is not nearly as bad as it could have been.

There is still much that is unknown. Truitt is still very small, so there is not a good way to image or be able to see all of what is going on, except by observing his symptoms. The lymphatic system is very complex, and it is also very hard to see with traditional imaging (ultrasound, MRI, etc). You are welcome to ask us any questions, just know we still may or may not know the answer.

We still believe that God “formed his inward parts.” He didn’t just throw veins and lymph vessels into the womb and hope they ended up in the right place. He specifically formed them, He has a purpose in this, and none of this has caught Him by surprise.

For our heart shall rejoice in Him, Because we have trusted in His holy name.
Psalm 33:21

One of the names of God is Jehovah Rapha: The Lord who heals. Of course our prayer is that if it be God’s will, He heal him of these malformations. But we know that He didn’t misform his veins and lymph vessels, He just formed them different than He formed everyone’s else’s. God’s name is also Abba Father; He loves Truitt more than any of us ever could, and He wants what is truly best for him. We can trust in our God that is good and loving, and know that someday we will rejoice because we have trusted Him.

He weighed in at 9lbs, 8oz this week. That’s almost 3lbs of weight gain since birth! He is now just 2oz smaller than Mitchell (our second born) was at birth.

We were also able to visit with several dear and precious friends during our time in Minnesota. 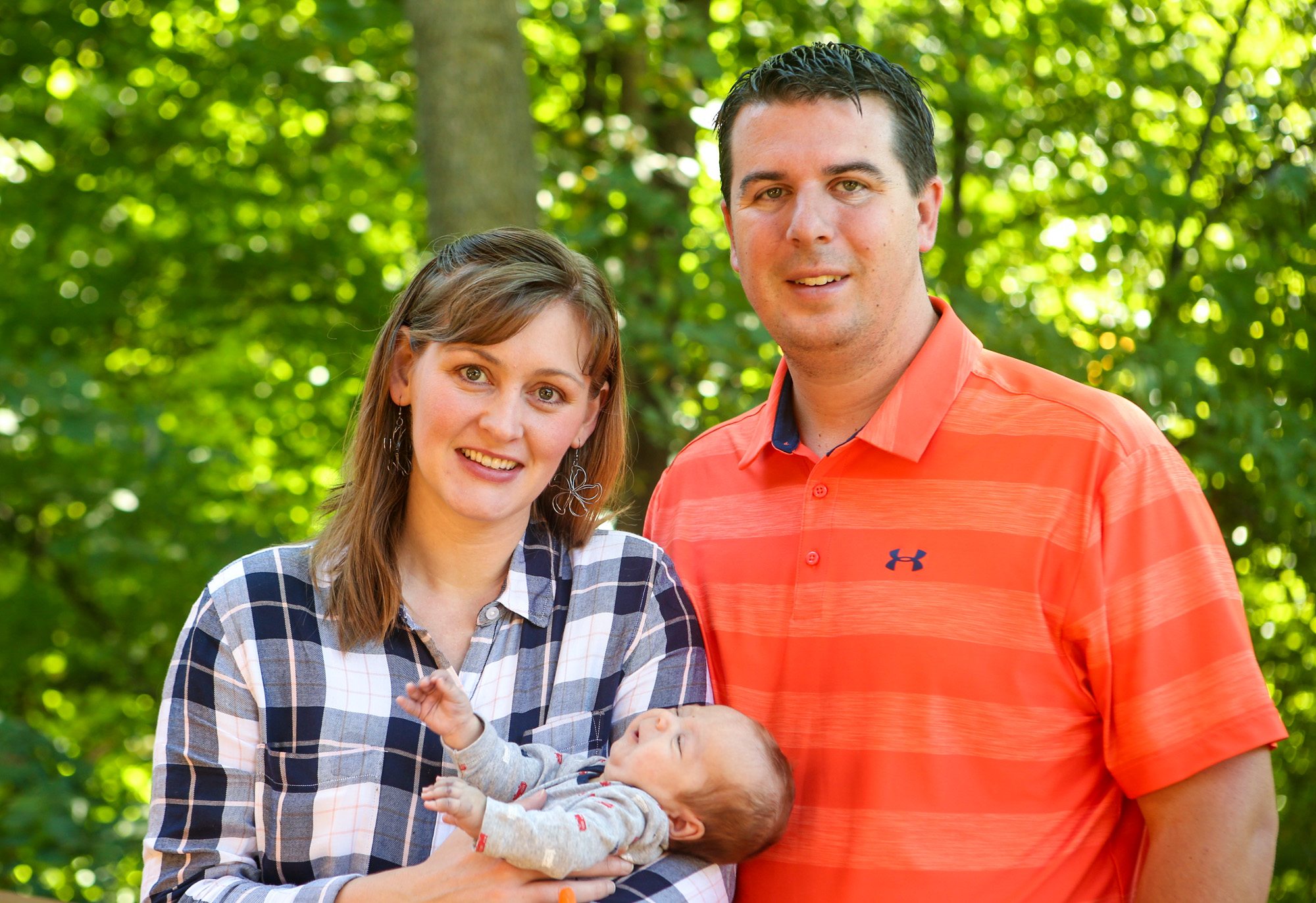 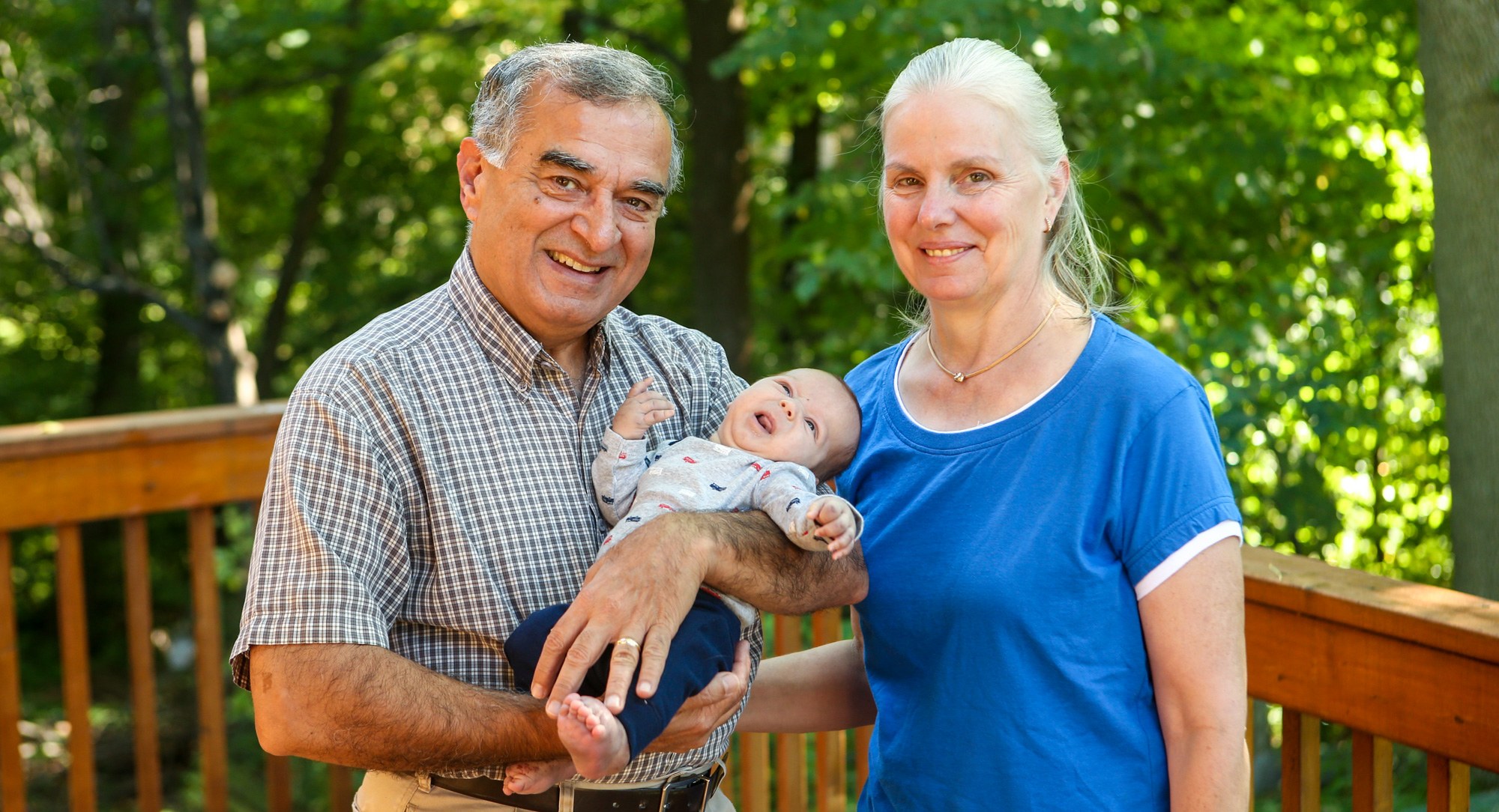 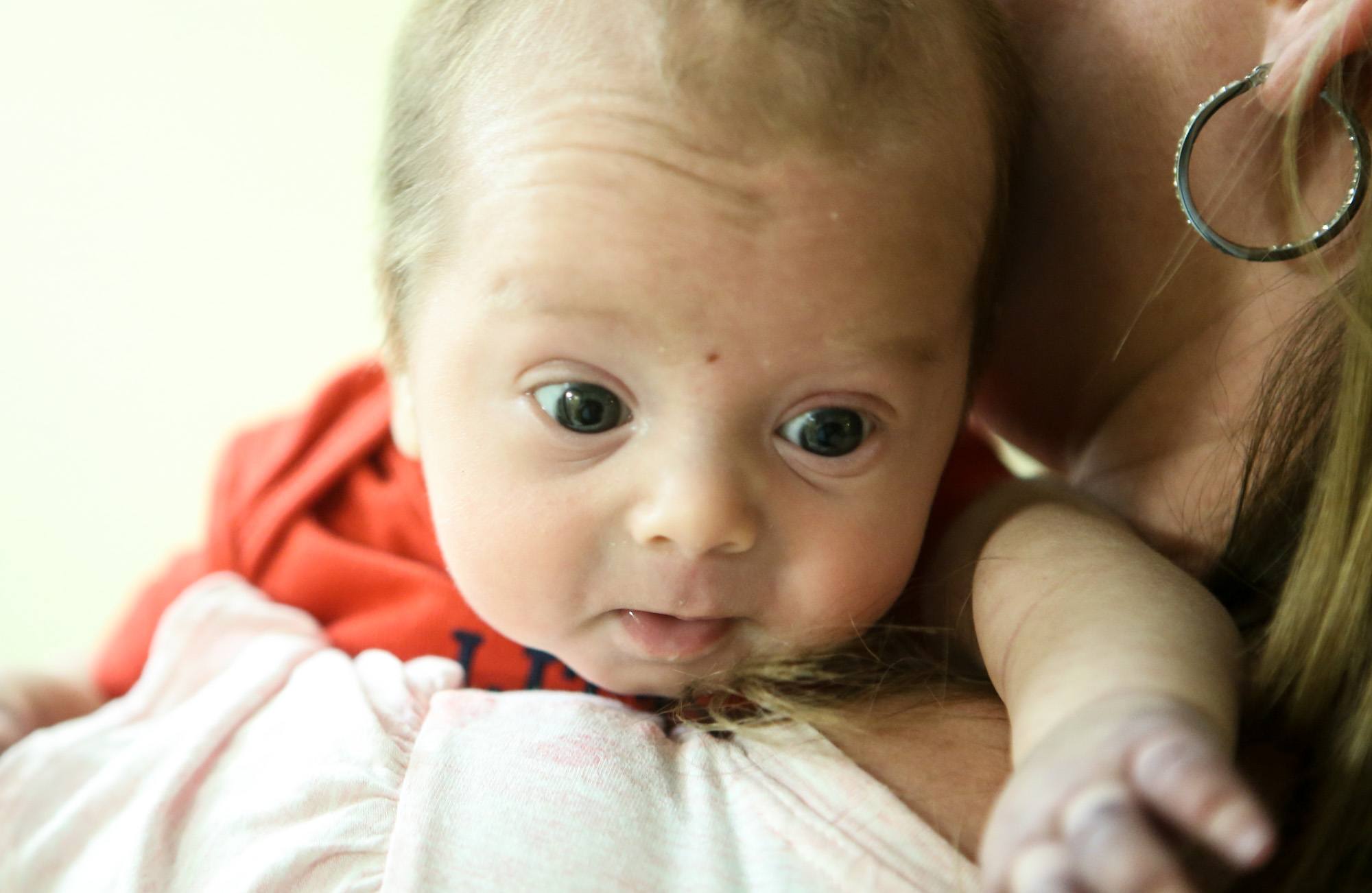