There is nothing like almost losing a child to make you notice every little milestone they make. Truitt celebrated his first Easter this year. This has always been a special day for our family, celebrating the resurrection of our Lord and Savior. This year, all through the day, it kept hitting me: We are celebrating the life of the one who was supposed to be no longer alive and yet is, while I’m holding the child, who according to statistics, in no longer supposed to be alive. Hallelujah! 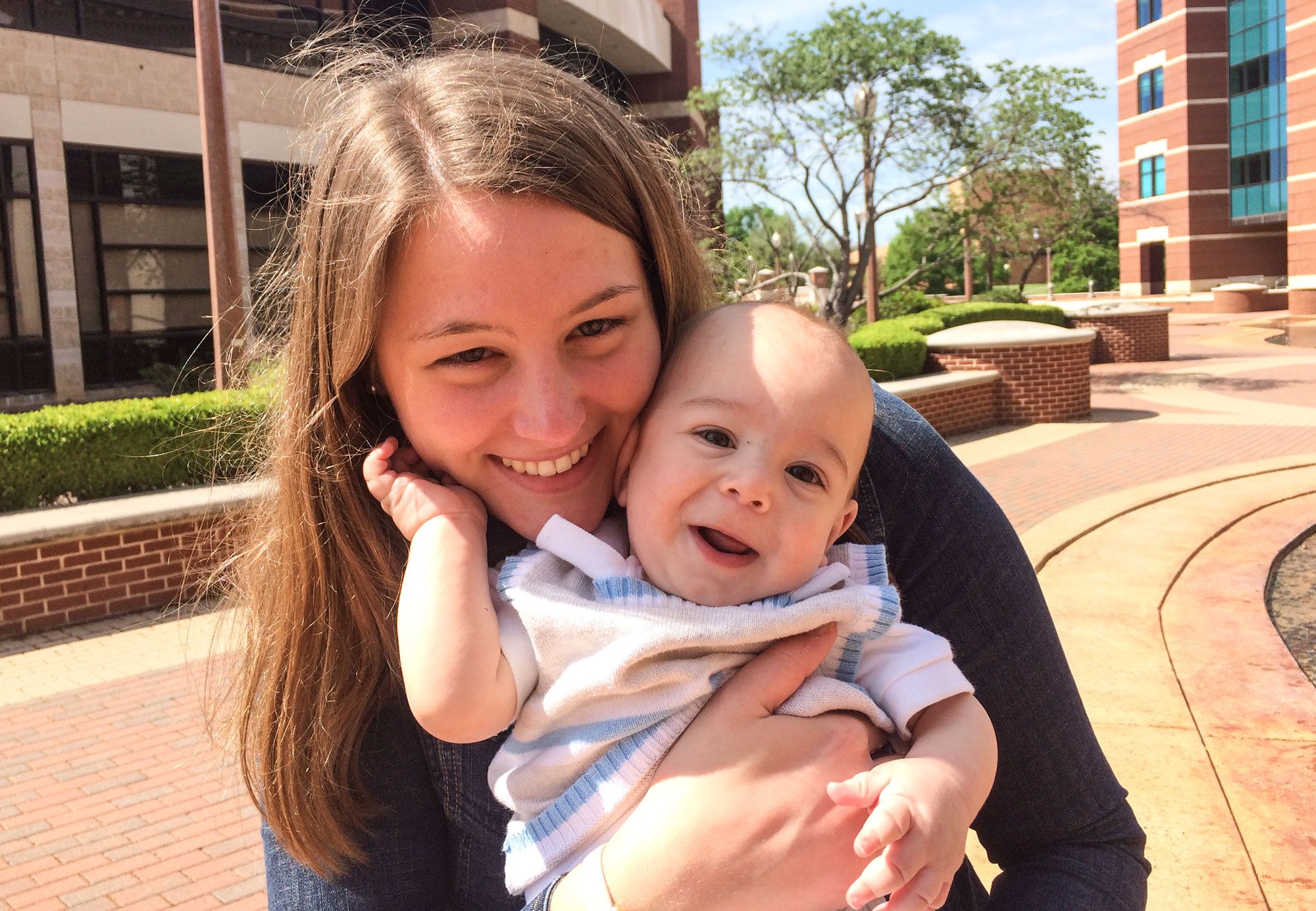 Truitt is nine months old today! And boy has it been a whacky 9 months! 8 1/2 months ago I could never have imagined what today would look like for us, but I am so grateful to be here, and I am so grateful this little man is with us still today!

I realize we are long overdue for an update, so I’ll give the short version first, and then you can scroll to the bottom and see the pictures without all my wordiness. 🙂

Overall, Truitt is doing really well. The only thing he seems to be left with after the hydrops and all the other complications at birth is the lymphedema in his feet and lower legs, and somewhat still in his fingers. This is truly a miraculous outcome from where we were 9 months ago. He is happy, has caught up with his actual age and is officially “on the curve” for size and development, is quite coordinated and grabby with his hands, now has two teeth, and wants to be held by mom (and only mom) ALL the time, and is nursing exclusively– no more bottles! Hurray! He currently has cough that we are having trouble getting rid of, so prayers that it would pass would be greatly appreciated. 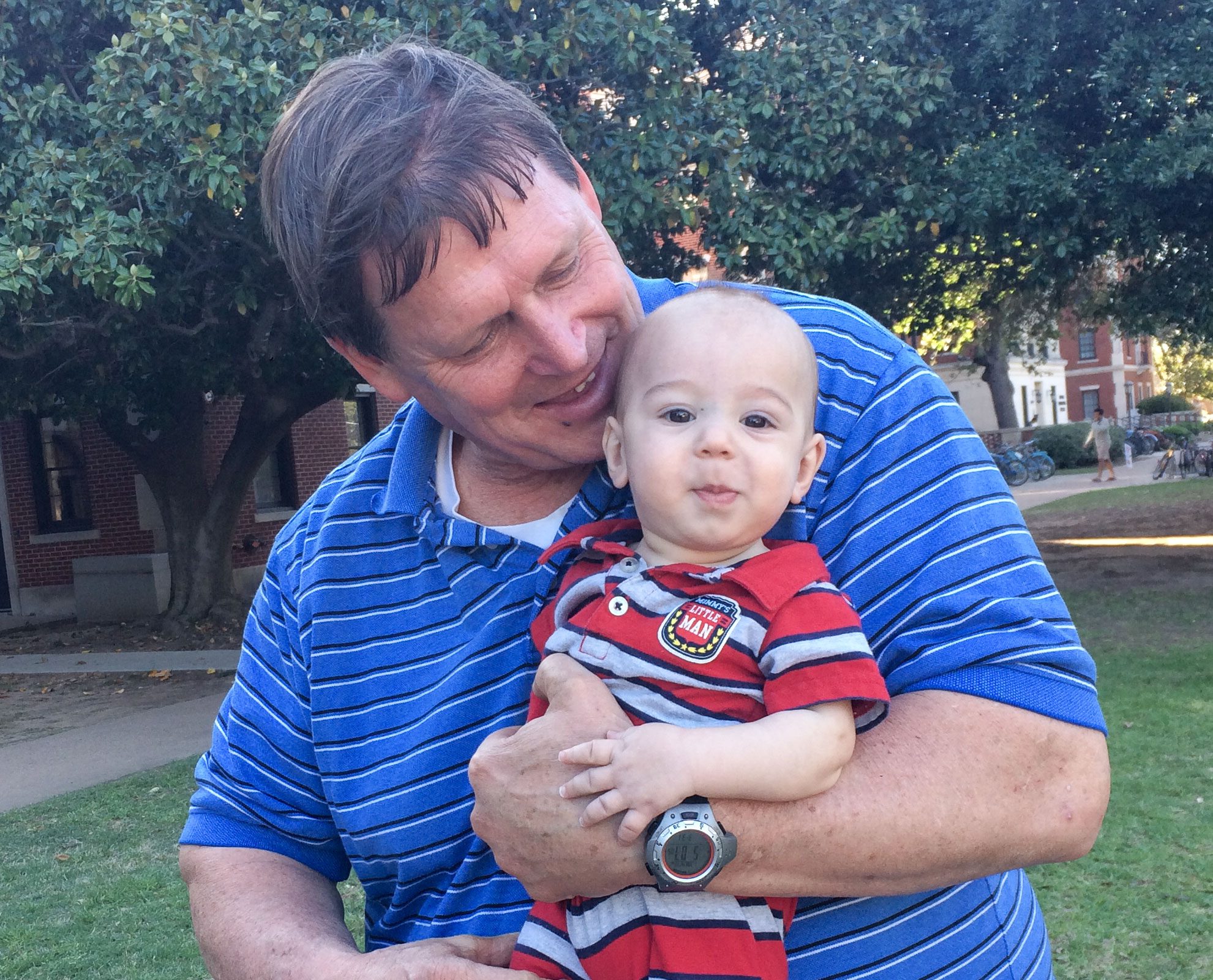 Now for the details….

The best way I know how to describe Truitt’s swelling is stable. His hands have continued to improve, and pretty much look just like chubby baby hands- just slightly chubbier than the rest of his body. His feet are staying the same as long as they get wrapped almost every day. He does not tolerate the lengthy massage very well right now (he is so busy, he doesn’t like to lay there for that long), so he gets the whole sha-bang about once a week, and the scars on his feet get a deeper massage each night.  He gets his feet and lower half of his legs wrapped in compression wraps each day. They don’t seem to bother him at all, and wrapping has just become a part of our daily routine. I am not sure how it will go over the summer in the Oklahoma heat, but I guess we will adjust as needed when we get there. His wraps look a lot like cast and raise a lot of questions from passers-by, so they have given us lots of opportunities to share with complete strangers the miracle of his little life.

We have had 2 sets of a couple of days where the swelling seemed to increase for no apparent cause. We have been able to get it back down with extra massage and diligent wrapping, and for now we have chocked it up to growth spurts.

Truitt’s feet have little red dots on them called ‘blebs’. They are unsure what causes them, but the doctors have said they commonly see them where there are vascular and lymphatic malformations. They don’t pose any problems for him at the moment, but we have been told they can bleed and become uncomfortable as he gets older and shoes and things rub on them. We tried a medication called sirolimus in a topical form to see if it would help reduce the size or quantity of the blebs, but after 3 months of the treatment we saw no change.

It is of course our desire that God would somehow miraculously remove the swelling and the blebs; that Truitt would live his life free of the effects and necessary care of lymphedema. However, we have seen God miraculously heal him and preserve his life thus far, God must still have purpose in the remaining swelling, or I believe He would remove it completely.

6 weeks and 3 days ago, Truitt and our oldest started in with a nasty, congested cough. I know exactly when it started because I have hardly slept since! It has since swept through all 5 kids, ensuring that at least one is in need of something all night long. We are unsure if the remaining cough is left over from some kind of a virus or if it is just Oklahoma allergies striking hard, but we are so ready for this to move along! We have been to the Dr. so many times for this in the last 6 weeks that I have lost count. The good in all of this is that it has not seemed to increase Truitt’s swelling at all. Him getting sick was extra concerning due to the fact that the lymph system is part of the immune system, so there was a concern that if his body had to start fighting something off, the swelling could potentially increase. He had an x-ray about two weeks ago to check his lungs, and the pleural spaces are still clear. This is a relief as we have been told there have been a few cases where the fluid in that space has returned, and it seemed logical that respiratory irritation could cause that if it was going to return at all. There was a concern after the cough lasted so long that there might be some form of a pulmonary malformation that we may have missed since his MRI was only on his lower half, but the fact that all 5 kids have had the exact same thing mostly rules that out.

In our last post, we were still asking for prayer for Truitt to begin nursing. I had tried everything to get him to nurse, but ended up pumping every feeding for 6 1/2 months. Then miraculously on February 11th he nursed when I offered, and did not need a bottle until the next feeding time. On Valentines Day, he didn’t take a single bottle, and has been nursing great ever since. What a Valentine present! This is such a help to our family life as it takes so much less time and effort devoted to feeding. 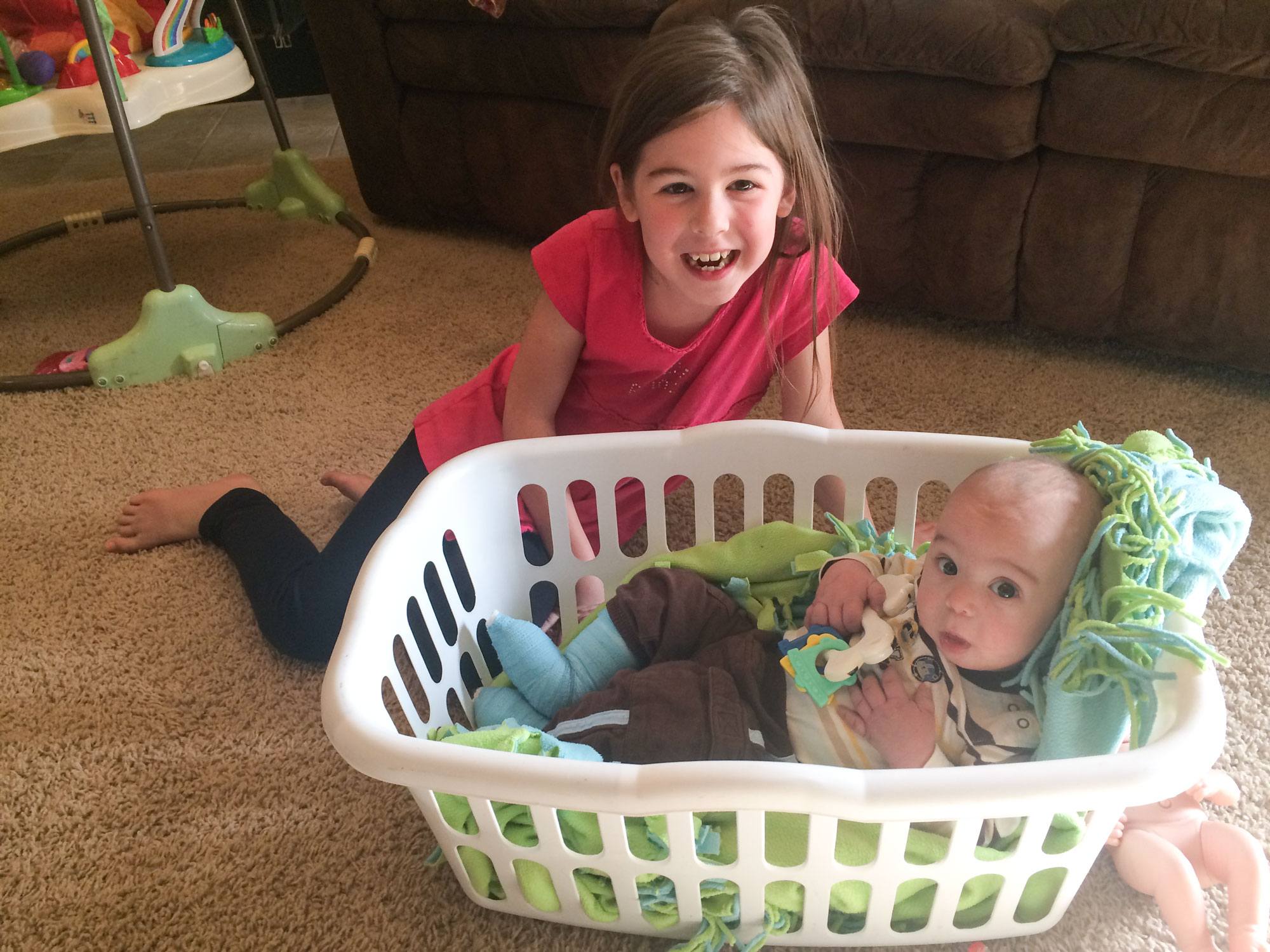 Truitt is still a night owl. I have been in bed before midnight 3 times since his coming home from NICU. (But who’s counting!) He is very happy and talkative at night, and loves sitting between mommy and daddy knowing he is owning the time. His favorite spot is to ride on Leisel’s shoulders in the baby back-pack. I think he loves the attention he gets from everyone while he’s back there, and when he’s tired he just goes to sleep. He is going through a stage of mommy anxiety, and wants to be held by mom, and only mom, all the time. This combined with his not sleeping well laying down (due to the cough), mommy’s shoulders are ready for a break! However, all it takes is for me to look at the pictures of him connected to tubes laying in an isolette, and I am instantly grateful to be holding him again.

In other news, David had a 3 month follow-up after his cancer surgery, and everything looked good. Praise the Lord! There is some inflammation at the resection site, but they said that was expected this close to post-op. 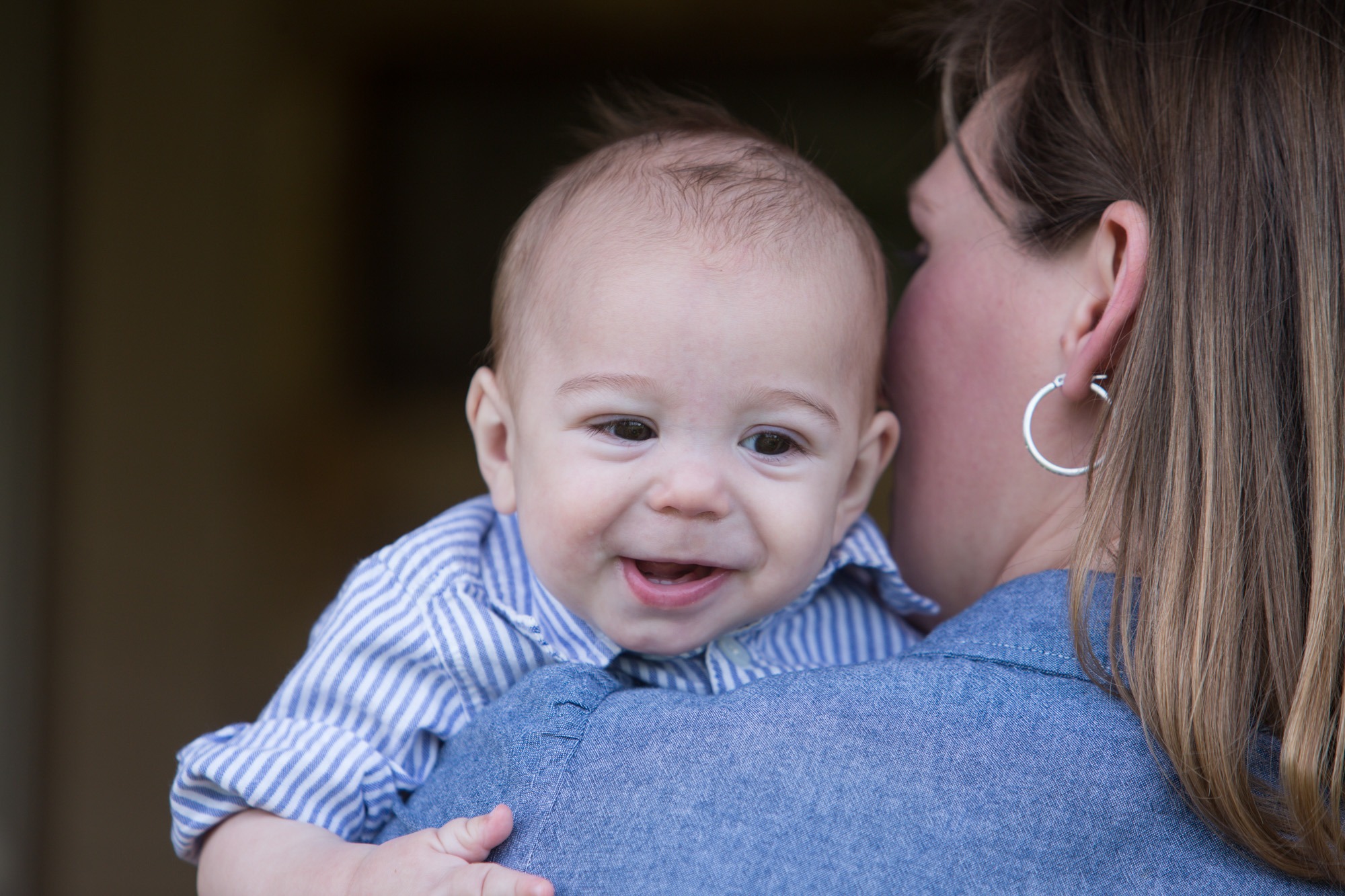 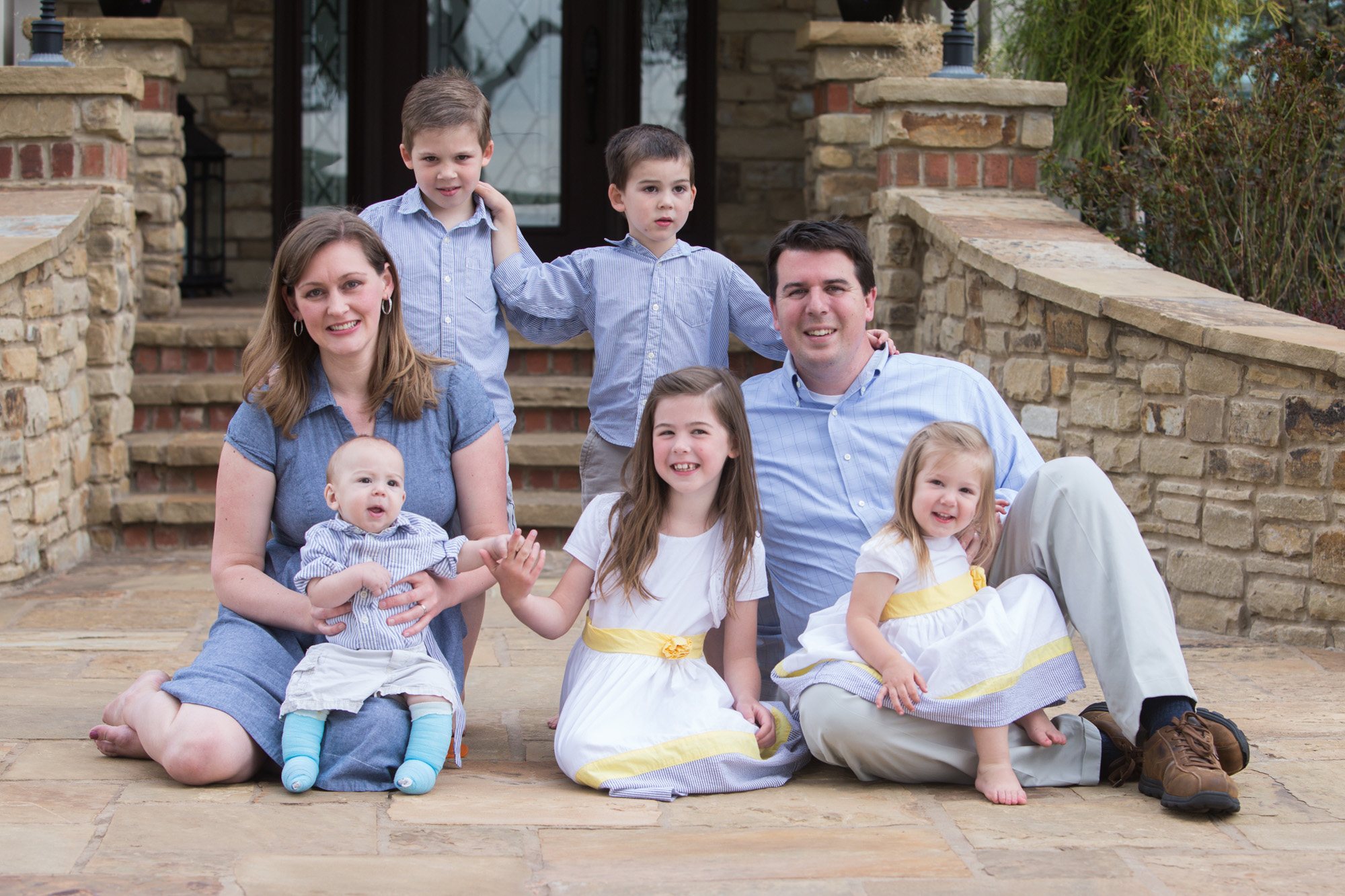