Truitt got upgraded to a new room today! He was moved to the other wing of the NICU where the ‘feeders and growers’ go. The nurse said, “They usually go over there for a little while before they go home.” HOME. HOME!!! The word HOME actually came out of her mouth! They aren’t saying when they think he will come home, but the word ‘home’ is starting to be tossed around. Two weeks ago, home was nowhere on the horizon, we were just grateful for each tomorrow. He still has to mature enough to take all of his feedings through a bottle, which can take quite a while, and we have to be sure that whatever caused the fluid build up to begin with is not going to come back.  There was a celebration in the hallway as he left his room with the respiratory therapist saying good-bye to him, and a couple nurses he had had a few days before giving their surprised congratulations.

The other big event for Truitt today was that he got his PICC line removed! He is no longer on any IV fluids. The only cords he is still attached to are monitors– which he will have until he is sent home– and his feeding tube. Being off of the IV nutrition will hopefully cause the issue with his direct bilirubin to go away, clearing the concern about his liver, and will get him off of his last internal medication. Having the PICC line removed also reduces the risk of some major infections. 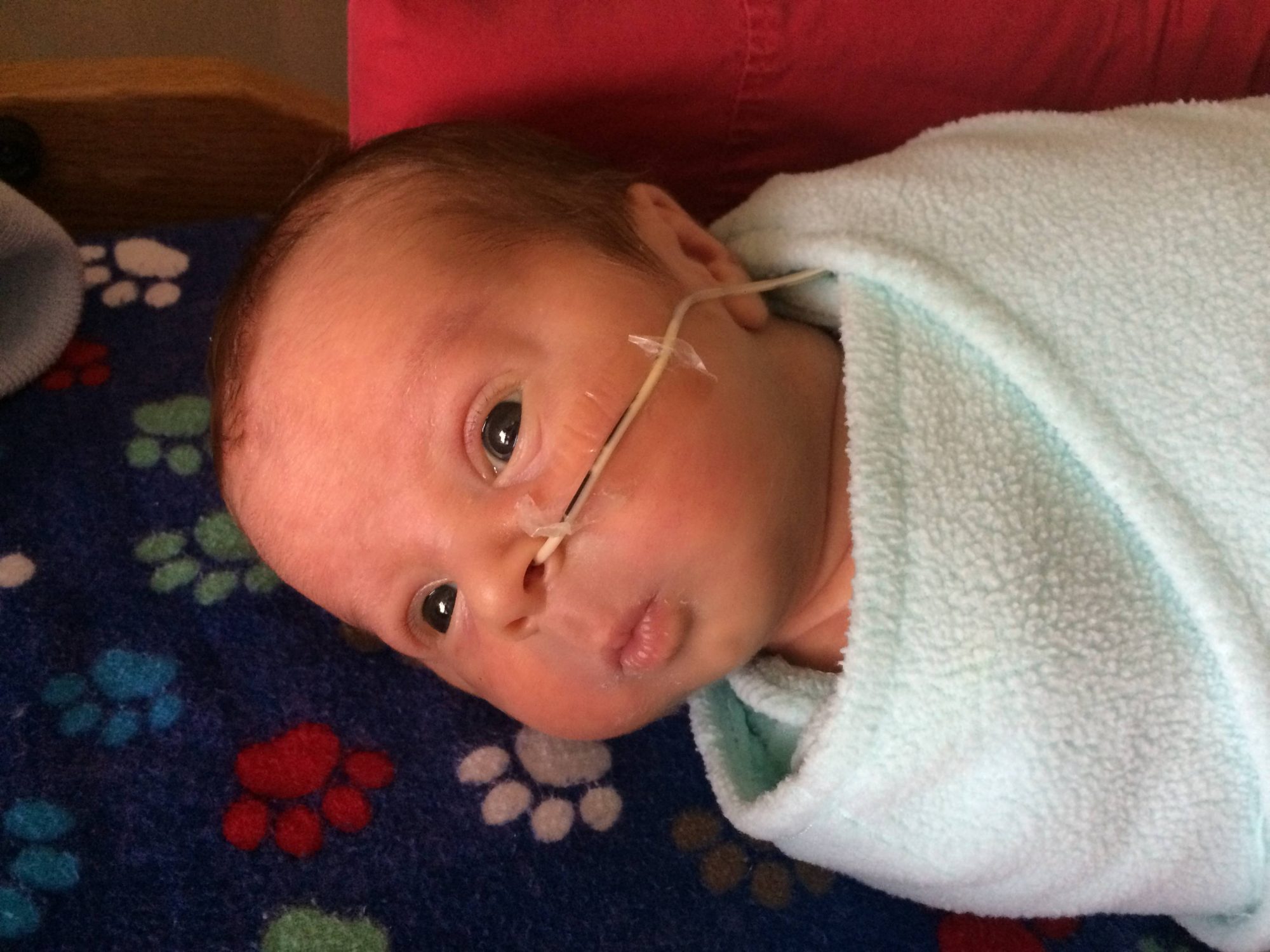 Since we see his hands and feet multiple times everyday, it is hard to tell if the swelling is still going down, or if it has stalled. We will be discussing with the doctors this week about when to transfer him to another hospital so that the pediatric orthopedics and plastics can look at them. Since he has been improving so quickly, this discussion had thankfully been put on hold. But if they don’t begin to improve, he will likely need to go ahead an be transferred.

He gets another x-ray and blood test in the morning to check for fluid reaccumulation and his bilirubin levels.